Skip to content
All-Access Pass to our Courses just Started!
Dozens of courses, thousands of hour videos, many vendors and technologies!
Send an email to [email protected] for more information
BROWSE ALL COURSES 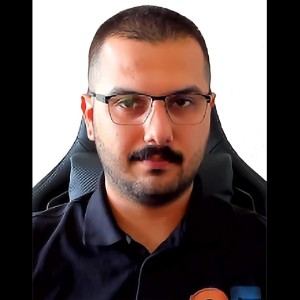 There are commons and differences to the time when it comes to configuring an OSPF routing protocol on a router you manage, based on the router’s manufacturer.

We will take a look at the basic sample of configuring OSPF on Cisco IOS-XE and Juniper’s JunOS operation systems.

With ios-xe we start configuring OSPF by mentioning the numerical value of the:

And what that does mean is just a number to isolate some hierarchical designs of the OSPF process on the router of cisco.

Does it have to be matched on both the peering ends?, the answer is NO

Does it affect some priorities in some OSPF election processes?, the answer is also NO

Is it that mandatory?, well based on that “OS” it is, but it is not a general OSPF concept?

As it is missing with the other vendors!!

That makes the first line of configuration look like this:

The later step after getting into the hierarchical mode of OSPF, specifying the process ID as well, is to advertise the networks.

These networks prefixes and prefix lengths will be announced to the adjacent neighbors inside the transported LSA’s of the OSPF routing protocol.

The real key here in OSPF configuration is the Area ID, the Area ID does the isolation,

it does the creation of multiple databases LSDB, it generates the need and the role for the ABR Router,

It has to be matched on both the ends of the peering OSPF routers, and there will be a database for every area.

Any other participating router within the same area will receive some LSA’s carrying the 10.10.10.0/24 network advertisement.

On the other end, the other router awaiting to peer with the Cisco IOS-XE router will be a router from Juniper Networks,

Having the one unified intelligent JunOS OS installed on,

Here, just like it is with many other vendors, there will be no “Process ID”

Advertise a network and its Area ID under the umbrella of OSPF configuration hierarchy, and that is it.

After specifying the Area ID, and also making sure that the syntax started with “edit”

We will log in another JunOS hierarchical mode, where we can advertise “Participating Interfaces” instead of “Networks”

Will be advertised out of that interface as a network participating in OSPF Area 0, to the other side.

Having 2 different ways of advertising a network out, and also one of them misses a mandatory statement based on the other aspect,

Will all of that work!!!

The answer is YES, OSPF is an open standard protocol, it is supported across multiple vendors, the slight differences in configuration samples are just some languages differentiations,

But neighboring adjacency will come up and full Link-State Databases (LSDB’s) will be established and fully synchronized between the routers using LSA’s.

That can have an alternative way on Cisco’s IOS-XE, by also advertising an interface, BUT, from the interface hierarchical config. mode.

Did you find the article helpful?