Content Delivery Network companies replicate content caches close to a large user population. They don’t provide Internet access or transit service to the customers or ISPs but distribute the content of the content providers. Today, many Internet Service Providers started their own CDN businesses as well. An example is Level 3. Level 3 provides its CDN services from its POP locations which are spread all over the World.

Content distribution networks reduce latency and increase service resilience (Content is replicated to more than one location). More popular contents are cached locally and the least popular ones can be served from the origin 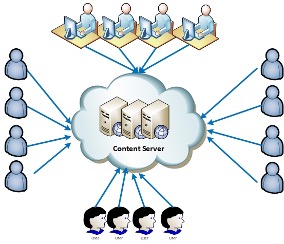 With CDN Technology, the Contents are distributed to the local sites. 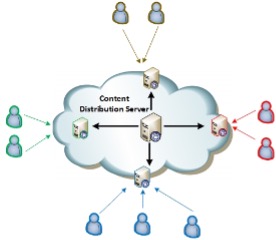 CDN providers have servers all around the world. These servers are located Inside the Service Provider networks and the Internet Exchange Points. They have thousands of servers and they serve a huge amount of Internet content. CDNs are highly distributed platforms. As mentioned before, Akamai is one of the Content Delivery Networks.

The number of servers, number of countries, daily transactions, and more information about Akamai’s Content Distribution Network are as follows: